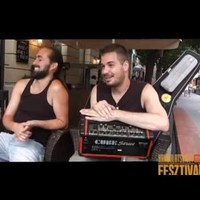 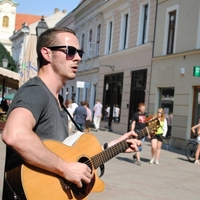 Ian O'Sullivan, the young musician from Ireland loves to play on the streets of Pécs. But what is he exactly doing here? After four performances within two days he gave us a quick interview about the love of live music and Pécs

ZEN&Roll: As a foreigner, what are you doing on the streets of Pécs?

Ian: I play sometimes just with friends, playing outside in front of bars. I live on the Király Street and I like to sit outside on the sun and on the air, and meet people. We like to sit in the city, with the city. That's all we do. I am studying in the Medical School, I came here because I wanted to travel somewhere different, meet a new culture, try a new language. So now I learn about the Hungarian culture. 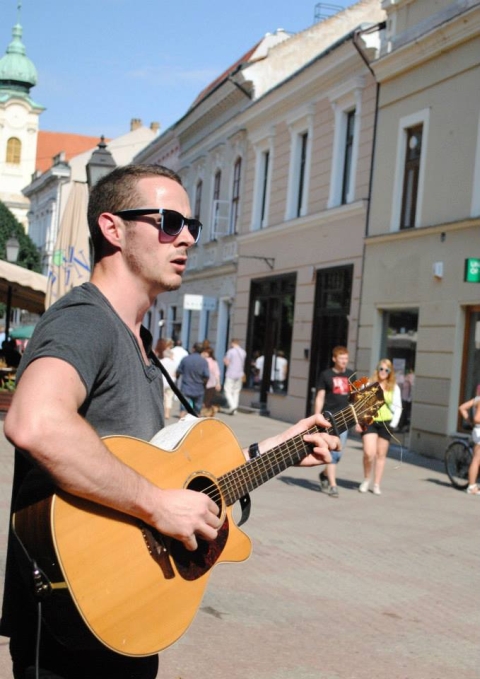 Ian: I am actually really happy about it. When I arrived here, there was music in Pécs, but not a lot. I have been trying to get more people to play and with some other people we were really pushing to get music out on the streets, out in the bars as much as possible. Because people want to see it but they are not seeing it. That's why I'm so happy by this because I think it's up in the air that people wanted it, and I'm really happy that someone started it. They want to make Pécs where there is music on the street. That's all I want as well. I want to walk down on Király utca with music every time. I want to have too much music, not too little.

ZEN&Roll: What kind of music do you play? Do you have own songs as well?

Ian: Me personally, I play blues and jazz and some folk. I also have some of my own songs. But I am in a couple of bands as well, we are going to play at some other festivals over the summer. I try to get involved in many things but I like it. I think there is a desire for a musician.